No, not the cute furry ones that are so irresistible thought that would be awesome news. I’m talking about pups from Broms (bromeliads). Yes, they’re called pups. 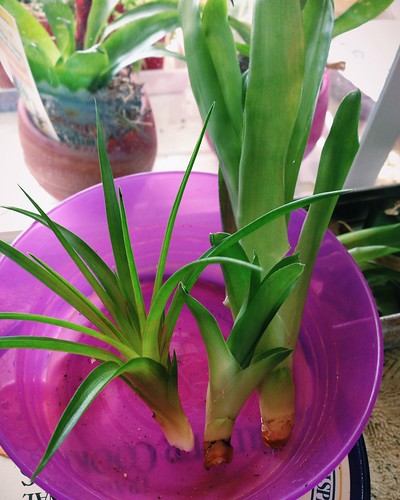 I bought Bromeliads from Ikea last year. They were perfect sized plants in 4″ pots and sat by the window that faced west. They got good bright indirect light. They were attractive and exotic looking with vibrant colors. Unfortunately, I don’t have pictures to share of the Broms before their blooms faded. I learned that each Brom blooms once. Once the flower fades, they use their energy to produce offspring, called pups. They’re actually clones of the mother plant. 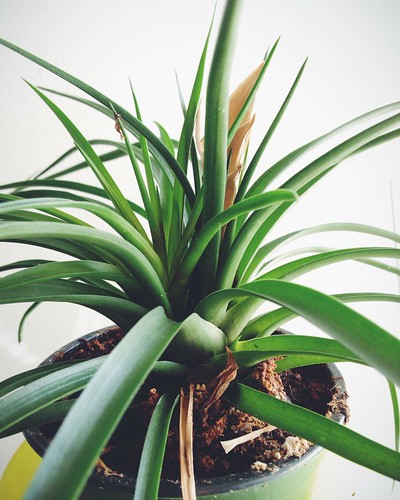 Can you spot the pup that’s growing from the mother plant?

I was excited to spot a pup on each Bromeliad. They were not hard to find. They grow from the base of the mother plant, and a bit tucked within the lower leaves. The pups are easily removed by gently peeling them away from the mother plant. You can use a pair of clean gardening shears or scissors if you prefer but they were really easy to separate. 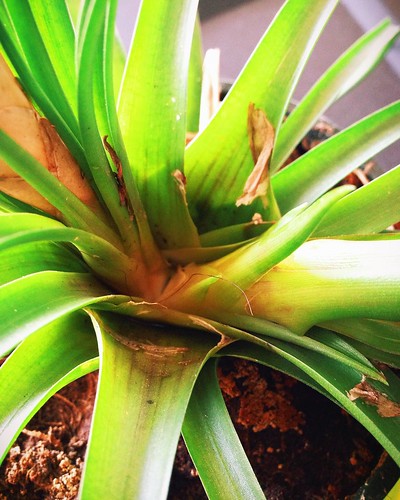 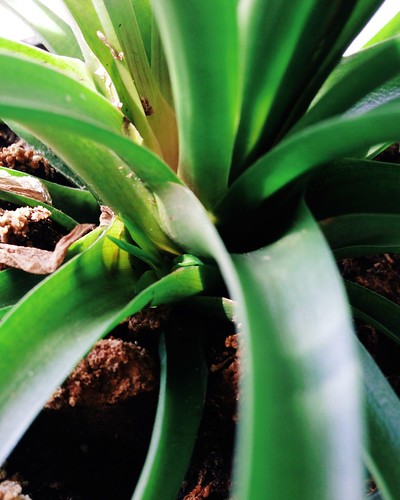 I decided to do another inspection of the mother Bromeliad after I removed the pup and spotted this little guy nestled within the rosette of leaves.

Seeing that my plants are reproducing makes me happy. It’s a testament that my thumbs are green. Then again, Bromeliads are very easy to grow and keep. I don’t think you can go wrong with a bromeliad especially when it’s a plant that gives.

I’ve a growing collection of Broms. Besides having the mother plants and pups, I recently added a couple of diminutive sized bromeliads, which I will share in another post.